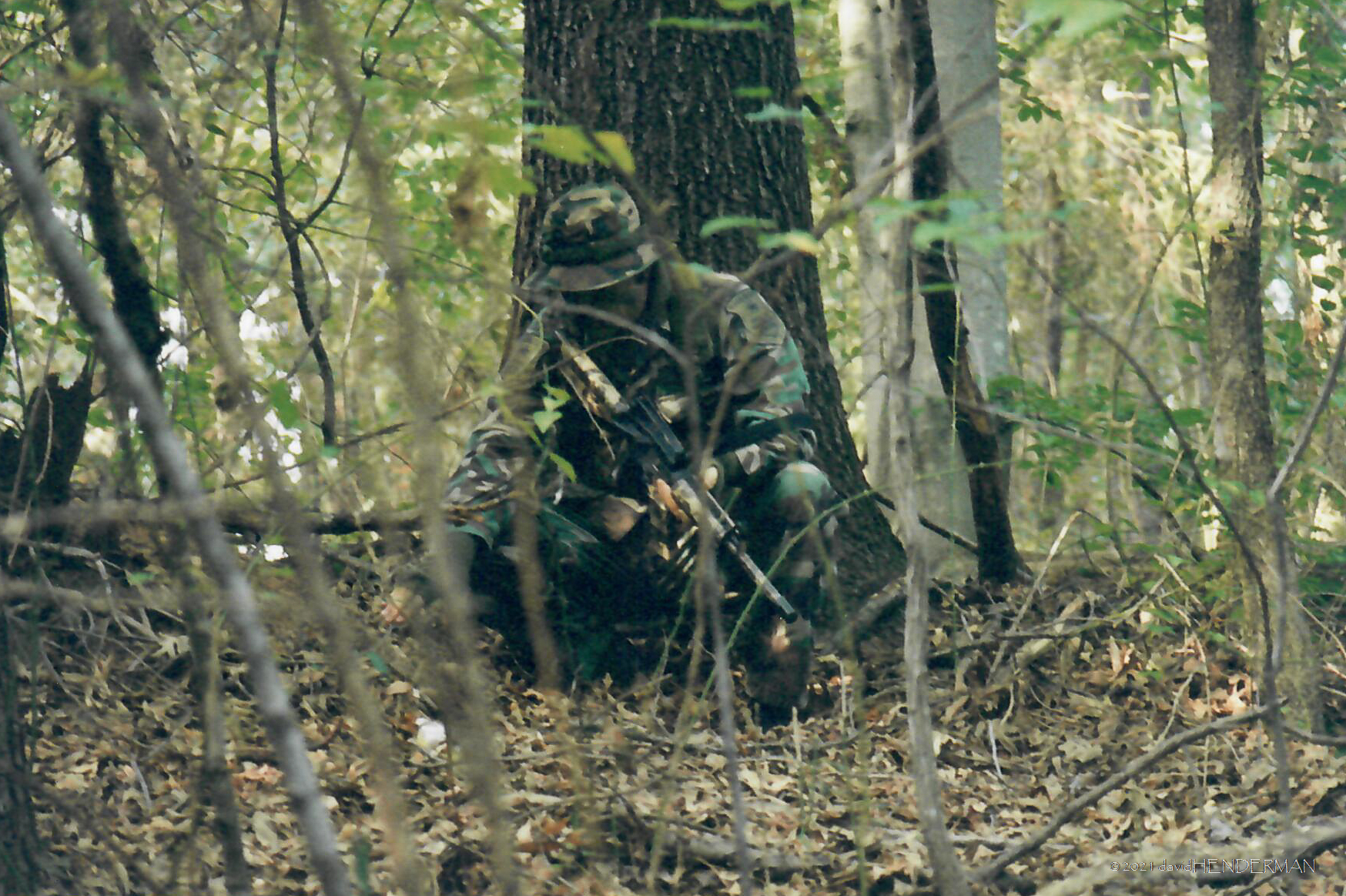 OSI led the way in the development and advance of tracking training and innovation for law enforcement and other elements of the tactical community. The following (below) was text from the program training description. This section of the website will provide historical information and resources for those interested in tracking, man-tracking and tactical tracking operations. OSI was one of the first private sector training companies staffed by law enforcement and military operators – all skilled and experienced in tracking and field craft.

CQBRS™  represents a very sophisticated, high-speed training program and certification in Close Quarters Battle, Reconnaissance & Surveillance. The emphasis of this team is focused on the team’s ability to remain undetected in virtually any environment while gathering much needed intelligence for law enforcement operations.  – A focus on effective stealth operations.

OSI also had a video production arm that produced several award-winning training videos. You may have seen them in the past, but here they are for review and use in your current training program.

OSI CQBRS was one of the first tactical tracking programs in the United States. After the events of 9-11, so many “experts” entered the field claiming to be trackers, operators and every form of super-hero in the field of counter-terrorism, OSI made an executive decision to pull back from law enforcement instruction. There were SWAT, SRT, Tracking, Man-Tracking, Combat Tracking (you get the point) schools popping up every where. The colleagues we were working with at the time were also fighting among themselves and becoming territorial over matters that just should not have been issues. OSI continued to privately and quietly teach operators and agencies, but demonetized the program so as not to become a part of the circus-road-shows that formed during those critical days. It was our belief that Man-Tracking was and still is an art and science that needs to be preserved and protected.

The skills of the tracker are something that need to be passed on from father-to-son, warrior-to-warrior, master-to-protegee, not something cheapened by sales pitches, marketing and smooth tongues pretending to be something they are not. You might remember the scene in the old Clint Eastwood movie, The Outlaw Jose Wales, when Jose shares his thoughts on carpet baggers as he and the traveling salesman crossed the river together on the rope-and-raft ferry. To those dedicated to the lost arts and the re-emerging arts of the tracker, we support you. esse quam videri

On this site and in this section on tracking, we hope you will find some interesting and helpful information and some resources that might help you as you develop or operate your own program, organization or interests in tracking and field-craft. It was during those days that OSI picked up the Latin phrase esse quam videri and added it to our crest. It’s worth your time to look it up and to distill this character trait into your own operations. Keep yur powder dry and yur face to the wind!